Every since I saw the recipe for “Hot Milk Cake” I wanted to try it. It just looked so good! I had to play around with it a bit though, I halved the recipe, doubled the vanilla, and added cinnamon and salt. The cake was delicious! It’s definitely my favorite vanilla cakes so far. I frosted it with a cooked frosting from Betty Crocker. You might be hesitant about using a frosting with flour in it, but it’s really dreamy. I would say it’s less buttery than Swiss Meringue Buttercream and less sweet than American Buttercream, but super creamy. 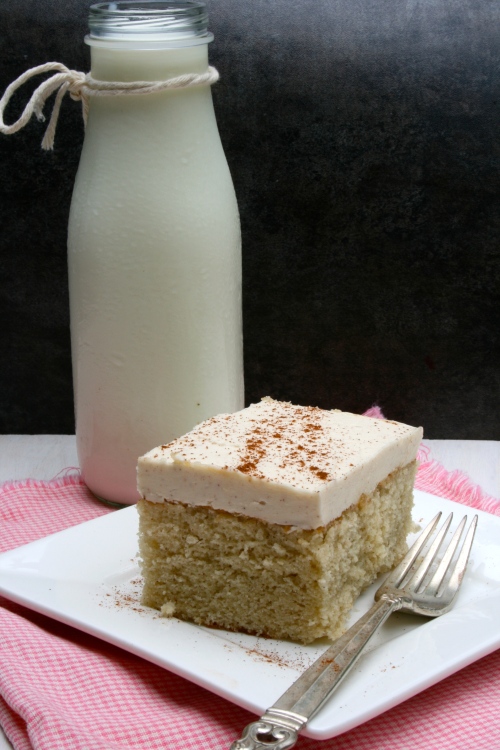 In a large bowl, beat eggs on high speed for 5 minutes or until thick and pale yellow.

Beat in the vanilla.

In a small saucepan, heat milk and butter just until butter is melted. Gradually add to batter; beat just until combined.

Pour batter into an 8×8 pan lined with parchment paper and bake for 30-35 minutes, or until a toothpick comes out clean.

Stir milk and flour in 2-quart saucepan until blended. Heat over medium heat until thickened.

Cover and refrigerate about 25 minutes or until cool. 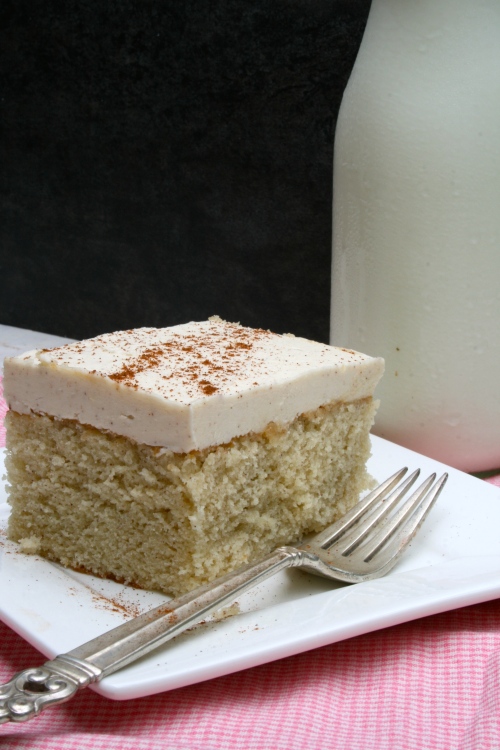